” . . . . For instance, the matter of CrowdStrike. The cybersecurity firm was co-founded by Russian ex-pat Dmitri Alperovitch, who also happens to be a senior fellow at the Atlantic Council, an anti-Russian think tank funded by Ukrainian billionaire, Viktor Pinchuk, who donated at least $25 million to the Clinton Foundation before the 2016 election. Crowdstrike was the company that “examined” the supposedly hacked DNC servers, while somebody in the Obama administration prevented the FBI from ever seeing them. Does this sound a little like part of the origin story of RussiaGate? Is that not exactly the potential criminal matter that the current attorney general, Mr. Barr, is officially investigating?” 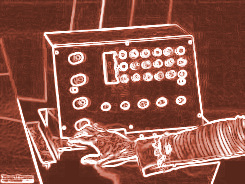 [scroll down 1/2 way for Clinton reporting ]

Joachim covers Sue Arrigo, the CIA and child sex trafficking and ties in other subjects in this post.

Forty-year Monarch mind control sex and spy slave-survivor, longtime CIA insider whose job title was “Special Operations Advisor to the Director of Central Intelligence,” and also a medical doctor, the remarkable Sue Arrigo provides a compelling firsthand account of her tortuous life inside the CIA.[i] Her exposé uncovering the infamous agency’s central role in global child sex trafficking, as incredible as it may sound, is feasibly corroborated by tons of supplemental verifiable…

Getting to the drugs and guns running and the Epstein connection. The sex being for control, not the main crime of the scheme.

Not working so  well after Jeffrey Epstein was suicided in maxium security jail in Hillary-country, New York.

the point of the #ClintonBodyCount is that there's an actual count including people dying literal days before scheduled to testify against them and people who "commit suicide by 2 shots to the back of the head before zipping themselves up in a body bag and jumping in a lake" pic.twitter.com/9VLbpDwp1U

tries to hide indie videos and streams on reaction to the suiciding of FBI asset and 2-legged monster, Jeffrey Epstein, the web is full of no other topic today.

Nuke-Pro – Will the Epstein “Era” of Sex / Satanism / Blackmail Expose the Real Criminals?

So it seems that Epstein was in the Special Housing Unit (SHU) but not recently on suicide watch, which according to BOP’s Suicide Prevention Program, requires removal from the SHU. https://t.co/1fQc18NVbtpic.twitter.com/L2DrAr7xqm

Everyone out here is a “conspiracy theorist” right now. Everyone…

This murder happened in June –

— 51:12 min.
. . . So Marina [Abramovic] is also involved in the our embassies program okay.
She’s involved with art globally. She’s also a part of the art in embassies program.
The program is headed by Beth Dozorets. It’s a program that ships artwork via diplomatic shipping channels all across the world.
Particularly to embassies – diplomatic immunity cargo containers, airplanes, to ship artwork (including perishables) . . .
Check this out though . . . this is an article by Hillary Clinton titled “The Diplomacy of Art” – okay –
about art in embassies, written in February 2013.
But look – who’s there? I see you. That’s Marina Abramovic, that’s the dude showing with the mass murderer. . .  mass, murderer, baby-raping, John of God.
That’s Marina Abramovic, the spirit cooker right there. And she’s awarded, she’s awarded for this.
By the way, the diplomacy of art, the idea of this art in embassies program is to spread culture, spread diplomacy, cultural awareness, to … tell a story
. . . to tell a story, a narrative. . . how the fuck does any of this tell any story?
How does this spread diplomacy?
How does this spread diplomacy?
Let me ask you – you think this is gonna defuse a conflict, like a military-like struggle, you think this is gonna defuse talks?
You think this is . . .
Jesus Christ!
Anyway, the Sackler family who basically contributed to the opioid crisis in the US via their family company, Purdue Pharma,
also owns multiple art galleries and galas that comprise the art in embassies program.
The art in embassies program ties together
the Clintons,
Marina Abramovic,
Jeff Koons,
the Rothschilds,
the Rockefellers,
the Negropontes – I don’t know how to say “Negroponte” –
and they become important because there’s a story about Aaron Schwartz, the guy who hacked the MIT servers, allegedly to get – I don’t know – like educational papers and shit – that are really just behind a paywall.
But he died due to “suicide” and they said it was depression.
But – there’s a big theory going around that he found something much worse – because,
check this out – one of these people from this family works as a professor at MIT and is allegedly involved in some very shady shit on regarding. . . you guessed it, kids . . . and pedophile scandals in like Cambodia or something like that.
Rumor has it that Aaron Schwartz stumbled upon this racket and he paid with his life, like many others before him.
— 53:52 min. 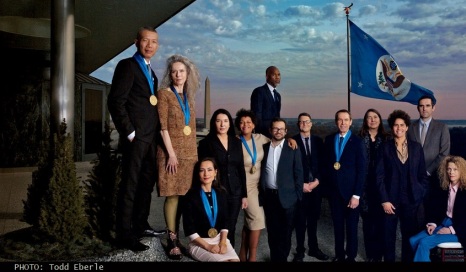 From Jeff Rense – By Yoichi Shimatsu

The road from Boston ends outside Phnom Penh. From 2003 till 2009, I worked on-and-off in Cambodia with an international team of anti-pedophilia activists, who were volunteers and all of them fathers. The team came to Cambodia following up on a slew of leads, including photos of naked infants taken by Newsweek Tokyo bureau chief Bernard Krisher on display at the Foreign Correspondents Club of Hong Kong, a den of pedophiles connected with the Jimmy Savile case. Former British Governor of Hong Kong, Chris Patton is now widely suspected as a high-level protector of the satanic BBC rapist and his old-boy circle. The FCCHK canceled a rented room for an anti-pedophile seminar for which I was one of the invited speakers.

Lionized by CNN and TIME, Krisher is the publisher of the English-language Cambodia Daily, whose staff was hostile to our presence in Phnom Penh. Earlier, I had known of Krisher’s visits to North Korea, supposedly to provide food relief, when in fact he was visiting orphanages in the secretive dictatorship to select children for overseas “education”. In that same period, from the late 1980s throughout the 1990s, “Chinese” orphans were arriving at Boys Town in Nebraska, which became entangled in a scandal involving Senate pages supplied for underage sex services.

From the Memory Hold channel (good channel for  Epstein reports) – at 1:03 hour mark

When you look at Little Saint James and Great Saint James islands on the strava heatmap, there are lines that approach the island and suddenly stop out of nowhere. pic.twitter.com/kv3V3S1N6v

“According to Ed Butowsky, an acquaintance of the family, in his discussions with Joel and Mary Rich, they confirmed that their son transmitted the DNC emails to Wikileaks.”

“This was always an odd story.
There is a connection between the dead woman, her husband a Big PHarma Soros connection.
Clearly, it was to kill 2 birds with one stone.” (more)